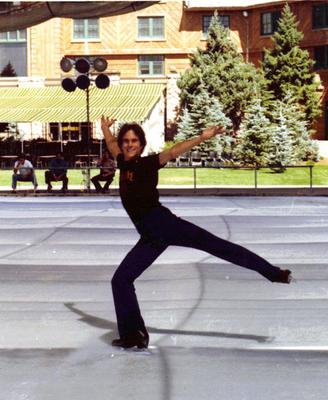 David became the FIRST deaf figure skater ever to compete nationally and internationally. His skating performances were shown on the ABC Wide World of Sports twice (1978 and 1980).

He also was the first deaf skater ever to pass the Gold (senior level) Test. This test allowed him to be eligible to compete for Olympic Trails and World Championships.

His profile was shown on Lou Ann Walker’s book, “Hand, Heart, & Mind. The Story of the Education of America’s Deaf People.”

David had collected 4 gold, 8 silver and 5 bronze medals and numerous trophies. He performed an exhibition at the 1975 Deaf Olympics at Lake Placid, NY.