You are here: Home1 / American Sign Language2 / How ‘Craig of the Creek’ Will Inspire Everyone, Even Kids, to Learn ASL... 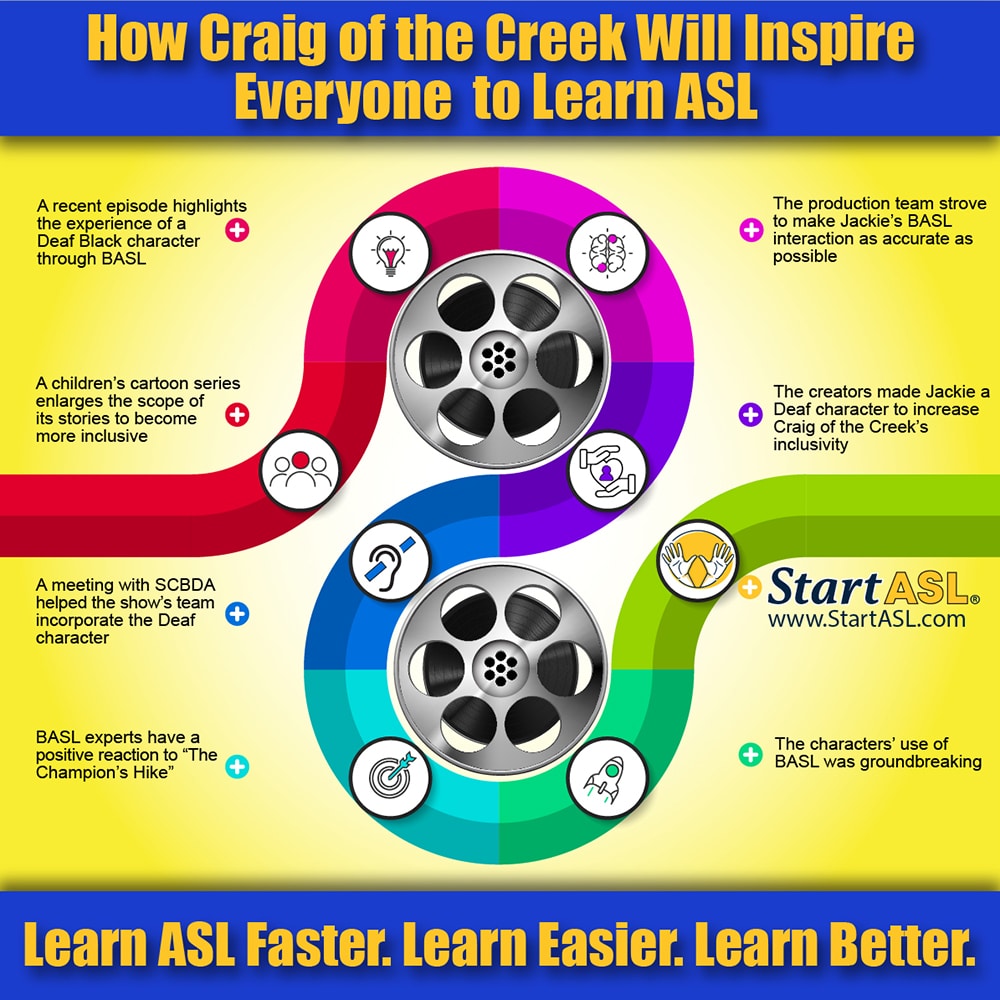 A famous cartoon on the Cartoon Network recently highlighted the vital importance of Black American Sign Language in our society. It could also inspire many children and adults to learn ASL online.

Craig of the Creek is an Emmy, GLAAD, and Annie-nominated animated TV series featured on the Cartoon Network (CN), a cable television channel owned by Warner Bros. Discovery. The show’s pilot episode was presented on the official app in December 2017. The series then premiered online in February 2018. Craig of the Creek is principally set in a wooded area where children from the nearby suburbs congregate to play. But in its fourth season, the series has begun to expand its storylines beyond these limits. The show now features episodes that examine the personal lives of its increasingly diverse cast of characters. 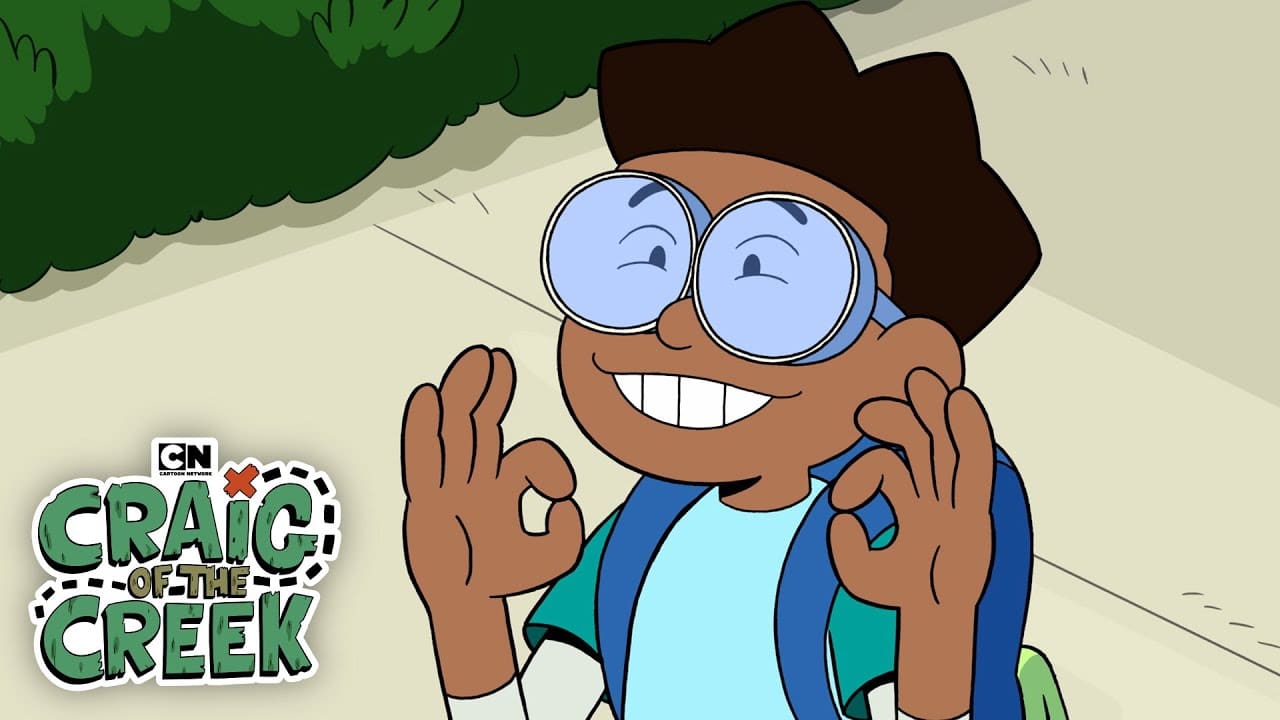 In the episode entitled “The Champion’s Hike,” the main character Craig goes to his Deaf friend Jackie’s house before heading off to investigate a waterfall. The scene includes Jackie communicating with his father in Black American Sign Language (BASL) as he’s leaving the family home to explore the waterfall with Craig.

This interaction in BASL was a representational breakthrough for Craig of the Creek and for children’s TV shows. Jackie and his father are some of the first users of BASL to be represented on kids’ TV. Used in Black Deaf communities around the US, BASL is a unique form of ASL marked by features such as signers’ body language and facial expressions. Besides using a larger space for signing, BASL users also employ more two-handed signs and integrate African-American English slang into their exchanges.

“For ASL, more than anything, the technical [details] have to be super on point,” said Craig of the Creek’s storyboard supervisor Dave Alegre, who appreciated the SCBDA members’ patience with the teaching process. “I quickly realized that the intensity of a stare, inflections in your eyebrows, how you tilt your head, and the speed at which you do things, it’s a very meticulous thing.”

While working on an episode of Craig of the Creek called “Dodgy Decisions,” in which Craig and Jackie are captains of opposing dodgeball teams, character designer Nick Winn suggested that Jackie could be Deaf or Hard of Hearing. As Winn says, “I just really liked Jackie. I liked that he was one of the silent champions [and] he was anonymous. We hadn’t really heard him speak.”

After seeing an online video of a person teaching sign language, Winn thought of having Jackie use sign language on the show. This idea was appealing to the series creators because it offered a chance to explore why Jackie was always silent, as well as the opportunity to make the show more inclusive of the Deaf and Hard of Hearing community.

The show’s production team also strove to have Jackie emerge as a fully integrated member of his peer group on the show. “We really wanted Jackie to have a personality, to be more than just ‘the Deaf character,’” said storyboard artist Ashley Tahilan. “Some of the challenge that came with that is, how are we going to show that? We wanted to do it in a way that feels natural and [that] Jackie is also part of the conversation.”

The Craig of the Creek production team also consulted SCBDA on ways to accurately portray Jackie as a Deaf child playing and interacting with a diverse group of hearing kids.

The SCBDA members told the team that kids always find a way to play together: “If Jackie was playing with other kids he might use some signs that they don’t know [or] he might just use some gestures that they can understand and they would just play. And that [is] beautiful.”

The Craig of the Creek team’s discussions with the SCBDA consultants encouraged them to portray Jackie’s behavior accurately. They decided to address the inherent challenges and obstacles that arise when a non-hearing child interacts with a group of kids who aren’t Deaf. As one team member said, “That’s what reality is — so let’s embrace the fact that they gotta find a way to communicate.”

BASL Experts Have a Positive Reaction to “the Champion’s Hike”

The consultants from SCBDA saw “The Champion’s Hike” as a highlight of their experience with viewing the Craig of the Creek series. “I teach parents [who have Deaf children] how to sign, so the fact that a Black father was signing to his son, that exposure and that emphasis was so amazing,” said Deaf mentor Bibi Ashley through a sign language interpreter during a video call. “Just seeing that interaction, that was my favorite part.”

Another member of the SCBDA consulting group, Alice Rash, who teaches at the California School for the Deaf, added that she was impressed by the nuances shown in the BASL exchange between Jackie and his dad, such as the use of fingerspelling.

“It’s very important for fingerspelling to be clear,” said Rash through a sign language interpreter. “For ‘have fun,’ they fingerspelled the word ‘fun’ very clearly, which is very typical, instead of using the sign for ‘fun.’ It was perfect.”

The Characters’ Use of BASL Was Groundbreaking

As mentioned above, “The Champion’s Hike” also marks a representational milestone for Craig of the Creek and children’s TV. Jackie and his father are among the first BASL users to be featured in kids’ television programming.

And as another of the SCBDA consultants, Dr. Rezenet Moges-Riedel, pointed out, such interactions are the main media for transmitting BASL within and across generations. “Black ASL is a cherished language,” she said. “It’s not something that can just be taught. It’s something that gets picked up through social interactions from just being around each other.”

What Benefits Can Learning ASL Online Offer to Deaf/HoH and Hearing Children?

“The Champion’s Hike” episode of Craig of the Creek also highlights the value of having hearing children learn ASL. Doing so can help them interact more effectively with their Deaf and Hard of Hearing (Deaf/HoH) friends and classmates. These children can feel more fully included in their peer groups. Being allowed to be part of the conversation in school and on the playground helps Deaf/HoH youngsters progress socially and academically faster.

Using ASL to communicate can also be an eye-opening experience for hearing kids. It helps them develop a deeper connection with diverse groups of people, thus enhancing their cultural understanding and expanding their social network.

How Can Kids Learn ASL Online in a Fun and Flexible Way?

One increasingly popular approach is to learn ASL online through resources such as StartASL.com, which can be more entertaining and easier for kids than learning by following along with an in-person instructor. Online ASL learning also has the advantage that it can be done in the comforts of the family home and be adjusted to meet the demands of busy school and household schedules. 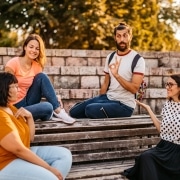 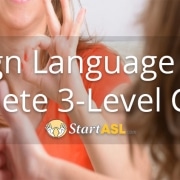 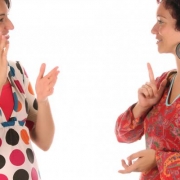 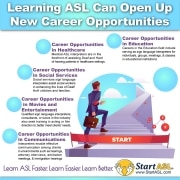 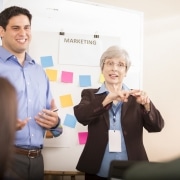 How to Become a Certified American Sign Language Interpreter

Sailor’s Birthday Surprise for His Son Will Melt Your Heart and Inspire You...