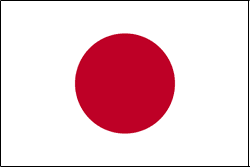 JSL also uses the topic-comment pattern of sentence structure that is used in spoken Japanese as well as American Sign Language.

However, even though JSL borrows heavily from spoken Japanese, it is not a signed form of Japanese–it is still its own language.

Some signs from JSL are shared with Korea and Taiwan’s sign languages. This is probably due to the cultural exchanges during the Japanese occupation period.

If you are interested in learning some JSL, we recommend these free resources (these sites are mostly in Japanese or require you to download the Japanese font):

Even though you’re having fun with JSL, don’t forget to learn ASL too!