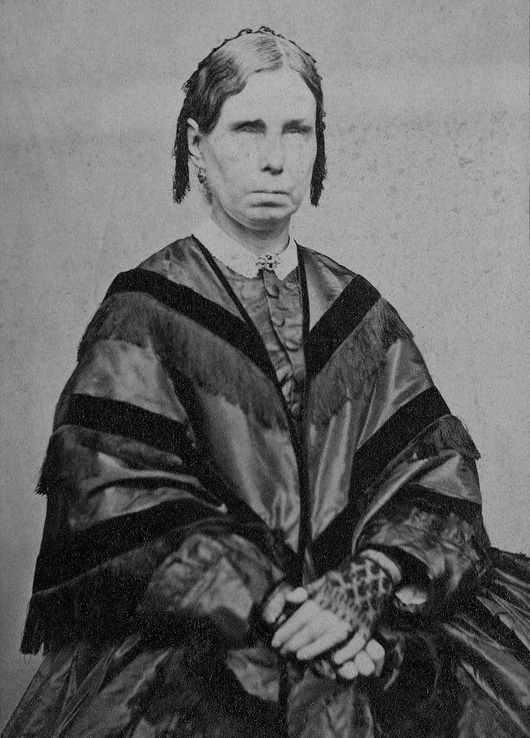 Julia Brace was a deaf-blind girl who was born before both Laura Bridgman and Helen Keller. She was successfully educated, but lost the credit as the first to Helen Keller.

The famous deaf person I choose was Julia Brace. She lived a long time ago in the 1800’s. I choose her because her personality stood out to me. She was deafblind, which makes me admire her work so much more! At the age of 5, because of a sickness, she became deaf and blind. At that age is when kids are most talkative and are learning about the world. All of that was just taken away from her, she could see or hear the world around her. Even with these new difficulties she was still able to create her own form of household language with her family. When she was about 18 she was enrolled in boarding school for the deaf. In there, she was able to make many friends and still communicate without hearing or seeing! She had a very vibrant personality, and was like any other normal teen. She was known for being very opinionated, and very trustworthy. She even became a nurse! The most amazing thing I find about her is her determination to not let this disability get in her way of living and having fun.

Julia Brace: The Beginning of a domino effect

I enjoyed learning about Julia Brace. Of course I had heard about Helen Keller and Annie Sullivan as I was growing up, but when the article introduced me to Laura Bridgeman I was intrigued. While reading about Laura I was even more intrigued by her teacher Dr. Samuel Gridley Howe and Julia Brace, who it seems to me, was the forerunner of both Laura Bridgeman and Helen Keller.

All three of these women lost their sight and hearing at a young age from fever and all three were educated. What interested me about Julia Brace is that she went to a mainstream boarding school with hearing and seeing children until she was nearly 18. It is interesting that she was a part of this school for many years and functioned effectively within their parameters.

When Julia was 18 she attended the Hartford Asylum for the Deaf and Dumb and despite being the only blind person at the school she learned tactile American Sign Language and became a part of the community with friends, hobbies, chores and cared for the sick.

It was his interaction with Julia at the Hartford Asylum that led Dr. Howe to begin his work with Laura Bridgeman. Without this meeting where Howe could see Julia’s learning and contribution to society, perhaps he wouldn’t have seen the potential in Laura Bridgeman. Without Laura Bridgeman’s interactions and work with Annie Sullivan perhaps Helen Keller wouldn’t have learned all she learned and became the model she is today for the Deaf community. It is a domino effect with the efforts and lifestyle of Julia Brace at the beginning of it all.