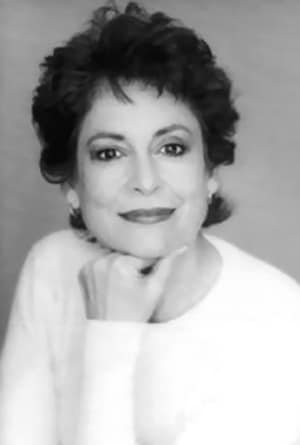 Linda Bove was born on November 30, 1945 in Garfield, New Jersey to deaf parents. She majored in library science at Gallaudet University and received her bachelor’s degree in 1968.

She then got into the acting profession and performed for the National Theatre of the Deaf (NTD) recently after it was formed in 1967. In 1970, she married Ed Waterstreet, another deaf performer from NTD.

She later made her debut on Sesame Street in 1971 as the character Linda the Librarian.

She brought sign language and Deaf Community issues into thousands of living rooms across the country. Her role on Sesame Street continued until 2003, now the longest running role on television for a deaf person in history.

She also performed on the soap opera Search for Tomorrow as Melissa Hayley Weldon in 1973 and Happy Days as Fonzie’s girlfriend in 1980. She also performed in the Broadway play Children of a Lesser God as an understudy for the leading role.

More recently, Bove has been involved with the Non-Traditional Casting Project, which is a non-profit organization that helps people of different ethnicities and handicaps get into the television, performance, and film industry.

In 1991, Bove and her husband founded DeafWest Theater, a theater for the Deaf in Los Angeles.

Linda is such an inspiration for all Deaf actors and actresses. Despite being in an industry run primarily by hearing people, Bove stayed Deaf and retained her culture and her values. She always signed and successfully introduced the Deaf and Deaf Culture to families across the country.

The person from Deaf History that I admire the most is Linda Bove. She frequently came into my living room via “Sesame Street”. She was kind and friendly and always ready to teach children new signs. To me, she seems like an old friend.

On one episode of “Sesame Street”, Big Bird got Linda a stereo for her birthday. Someone informed Big bird That a stereo was not an appropriate gift because Linda could not hear. However, Linda was not offended by the gift. She turned on the stereo and started dancing to the beat. Someone explained that Linda could feel the vibrations made by the music.

Because of Linda, I was not afraid to tell my friend Kevin’s mom he was playing with matches. I am just glad she could read four-year-old lips. Kevin and his family lived across the street. Both his parents were kind people and they were both deaf.

Because of Linda, I was not afraid to be friends with Rachelene in kindergarten. She was going deaf and could not speak clearly. She had to wear hearing aids in both ears. In 1973 hearing aids were big, bulky and unattractive.

Linda taught me that it is OK to be different. Each one of us is special in some way, but on the inside we are all people. We should all love, care for and respect each other.

Linda Bove has inspired me since I was little. Watching her on Sesame Street was always a joy. Both of these women have shown me that you can accomplish anything if you want it bad enough.

I am not deaf or hard of hearing. I have always wanted to learn ASL and I am enrolled in a college that does not teach it. I have just finished a paper for one of my classes stating that, sign language is just as important to learn as any other language. I am appalled that the deaf were treated so badly in the past. I feel that they have accommodated the hearing world for years; it is only fair that we give back by learning
ASL!

I love the quote, “The handicap of deafness is not in the ear; it is in the mind,” by Marlee Matlin.

As I was researching people throughout Deaf history, I was pleasantly surprised when I came across Linda Bove. She was born in 1945 in Garfield, New Jersey, to her parents who were both Deaf. She received her Bachelor’s degree from Gallaudet University, where she majored in Library Science.

Once Linda graduated, she became interested in acting and started performing at the National Theater of the Deaf (NTD), where she also met her husband, Ed Waterstreet. The career move proved a good choice for her, as she made her debut on Broadway, followed by ultimately scoring a role on the beloved show, Sesame Street. Her character was Linda the Librarian. I can  even remember as a child the character that she played and how interested I became in sign language, even at such a young age.

Linda was also able to make some headway in the world of Deaf acting in her role on Sesame Street. In the beginning, she ran in to the producers asking questions like “How would a Deaf person do this?” or “How does a Deaf person handle that?” She initially felt like she wasn’t being treated as a person, but just as a character that only had one-dimension, deafness. She spent the time helping them understand that people make mistakes in ASL as well as have senses of humor, or get upset about things and express them through language just as a hearing person would.

One of my favorite parts about Linda is her book, “Sesame Street Sign Language ABC with Linda Bove”. We had that book in our home as kids, and that combined with seeing her on television sparked my interest and I would peruse over the book until I eventually practiced enough and learned the ASL alphabet. I remember thinking how cool it was that people could communicate with others using their hands and not speaking. I also was intrigued by how much could be conveyed through the use of facial expressions.
Another claim to fame for Linda was when she founded the Deaf West Theater (DWT) along with her husband in 1991. The theater is a place for Deaf acting, spoken English and sung English. The productions from the theater have won numerous awards over the years. The Deaf West Theater is now widely recognized as the leading sign language theater in the United States.

From her start in college as an aspiring librarian when she decided to postpone that dream and get into acting, it has led her down a long road of success. From staring in Sesame Street for over 20 years, where she earned the title of the longest-running role on an American television show for a person with a differing ability. She then went on to opening a successful theater for Deaf and hearing alike with her husband, earning many awards for the shows they produced.

Watching her on Sesame Street as a child truly sparked my interest for something that I am now able to expand on in my adulthood and implement in different parts of my life. I hope that others become as interested as I did to learn more about the Deaf culture from such an influential tv show as a kid.

by Amber Waite (Utah, US)

This video stars Linda Bove, who has been on Sesame Street many times. She is a deaf actress and she says in the introduction to the video that as a child she always wanted a story signed to her. So she wants to accomplish that in the video. I love this signed video so much, because the actors are all dressed up in costume with backdrop and actually perform the story. There is a narrator speaking over the acting as they sign, but my family and I really enjoyed being able to watch the characters actually sign, as opposed to other videos where a signer just signs a story, these stories are acted. It helped us to learn a lot of the signs they used (they show you many before the stories begin) and proper way to sign them. We still will sign-quote things from these stories just for fun!