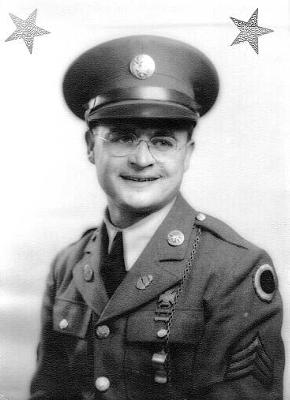 Rodger Young was a deaf man who faked his Army hearing test in World War II. He won a Posthumous Medal of Honor in the Soloman Islands.

Rodger Young was a member of the United States National Guard with the rank of sergeant. However, before going to war in World War II, he asked that his rank be reduced to private. He thought that as a sergeant, his deafness would cause him to be a liability. He was almost completely deaf at this time–his hearing had deteriorated since a childhood accident.

He posthumously received the Medal of Honor for sacrificing his own life in order to save his platoon.

Rodger Young is remembered in the song, “The Ballad of Rodger Young” by Frank Loesser.

Anonymous: The first time I heard of Roger Young was when I was in Junior High. I read the Book “Starship Troopers” by Robert Heinlein. It follows the military carrier of one Johny Rico through the Mobile Infantry of the future. The name of their Troop transport Starship was the Roger Young. At the end of the book there is an authors note with the Citation for the medal of valor that tells how Roger Young saved his unit. I thought that he was some one the author had made up and at the end of the book I find out that he was a real live hero, a man who placed the lives of his brothers at arms ahead of himself. I have always had a copy of that book with me ever since and still pick it up and read it. God Bless.