// First try loading jQuery from Google's CDN // Fall back to a local copy of jQuery if the CDN fails
You are here: Home1 / Blog2 / Deaf Culture3 / Stockard Channing – Narrator of Through Deaf Eyes 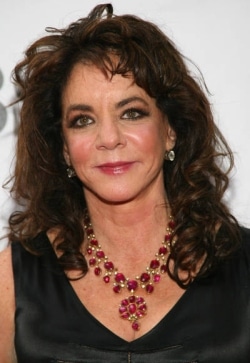 Stockard Channing is a film, stage, and television actress who narrated the film Through Deaf Eyes.

She is best known for her role as First Lady Abbey Bartlet on The West Wing, Betty Rizzo in the film Grease, and in Six Degrees of Separation. She was born on February 13, 1944 and is the daughter of a wealthy shipping executive. She inherited a large fortune when her father died in the 1950’s and she became interested in acting while attending Radcliffe College.

Channing made her Broadway debut in 1971 in Two Gentlemen of Verona. She made her television debut as The Number Painter’s victim on Sesame Street and landed her first lead role in The Girl Most Likely to… in 1973. She co-starred with Warren Beatty and Jack Nicholson in The Fortune (1975) and played Betty Rizzo in Grease at the age of 33 in 1978. Her performance in Grease earned her the People’s Choice Awards for Favorite Motion Picture Supporting Actress.

After starring in two short-lived sitcoms on CBS (Just Friends and The Stockard Channing Show) in 1979 and 1980, Channing’s Hollywood career faltered and she returned to theatre. In 1982, Channing won a Tony for her performance in A Day in the Death of Joe Egg (Best Actress in a Play). She also received Tony Award nominations for her performances in The House of Blue Leaves (1986) and Six Degrees of Separation (1990). Channing won a Drama Desk Award for best actress for her role as Susan in Woman in Mind. She was nominated for an Emmy for Echoes in the Darkness (1987) and won a CableACE Award for Tiny Endings (1988).

Channing was nominated for an Independent Spirit Award as Best Supporting Female for her role in The Baby Dance (1998). In 1999, Channing played First Lady Abbey Bartlet in The West Wing and co-starred with Henry Winkler in Out of Practice. Out of Practice was cancelled after one season with The New Adventures of Old Christine as its replacement.

In 2007, Stockard Channing narrated Through Deaf Eyes, a documentary that chronicles the history of deaf culture in America from the 19th century to the present day.