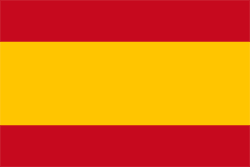 Spanish Sign Language is a sign language that I really didn’t know anything about until now. I really wish there was a class that touched on international signed languages, such as this one, while I was studying Deaf Studies.